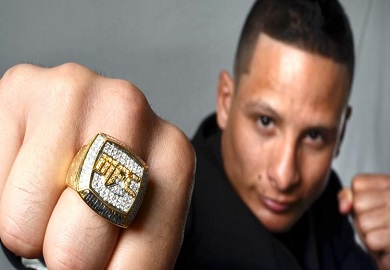 Anthony Birchak was left without an opponent for UFC 177 after his opponent, Joe Soto was moved to the main event to fight TJ Dillashaw for the UFC bantamweight title.

Birchak was paid his show and win money for the event, attended live, and returned home. That’s when Birchak realized his house had been raided by robbers in his absence.

Wow so if this weekend couldn't get more fu^%ed up we just got home to find we got robbed!!! When it rains it pours everything's gone!

MMAWeekly is reporting that Birchak not only lost his custom made MFC Championship ring, but everything from electronics to the food in his family’s pantry was taken. The former MFC champion is offering a reward to anyone who gives him info that helps him locate his missing ring and property.

I'm seriously not that upset my family is 1000% safe & God clearly had 2open my eyes 2some things this weekend. H is for humble. Understood.