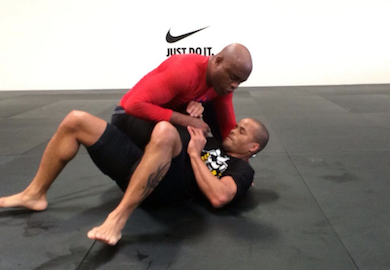 We first saw the champ off crutches, climbing stairs and even walking on a treadmill and now…

The all-time great is apparently back on the mats working technique with his team.

Check it: (Translation: “I’m coming back”)