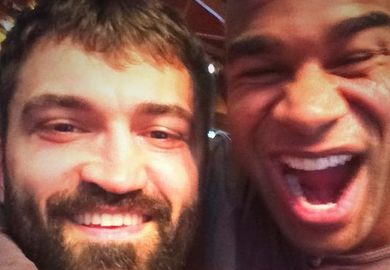 Despite Andrei Arlovski speaking out against Alistair Overeem and how he hurts his training partners, the two got together to watch UFC Fight Night Tulsa last night, and the moment was captured on Overeem’s Twitter account.