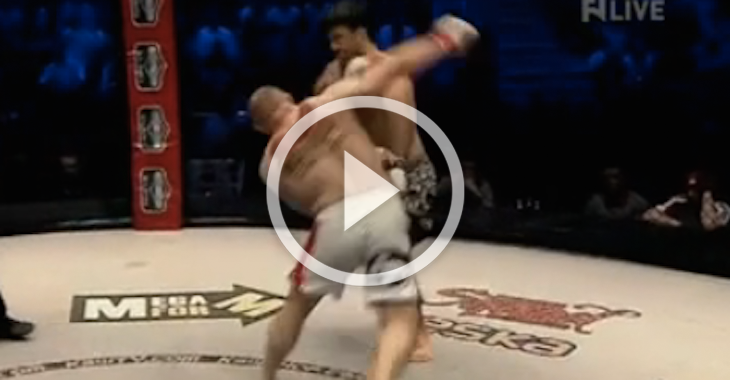 Mariusz Pudzianowski is known for being the World’s Strongest Man, but he usually doesn’t possess this kind of knockout power! Watch him knock out Rolles Gracie at KSW 31 below!

Pudzianowski is now riding a four fight winning streak including a win over UFC veteran Sean McCorkle. How far could Pudzianowski make it in the octagon?