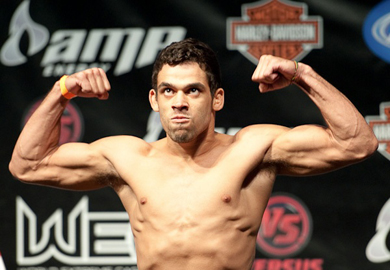 Earlier today news broke that Renan Barao was out of his UFC 177 rematch against TJ Dillashaw, our inside source informed us that Barao passed out while cutting weight and was unable to fight for his own safety. Stepping in on short notice was Joe Soto, who was scheduled to fight Anthony Birchk on the preliminary card.

Here was have compiled a list of UFC fighter’s reactions to Barao’s withdrawal.

Much respect and best regards to Barão BUT THAT SHOULD HAVE BEEN MY TITLE SHOT @ufc 177 I was ready in shape, healthy & 6 fight win streak.

Holy shit… This card is cursed

Making weight isnt a 'week of' thing. It's a lifestyle. You're a GD professional. Act like it. #EveryoneWhoMissesWeight

Is it just me or does "Sick" = probably would've tested positive for PEDs. #UFC177

WTF? MMA is the most unpredictable sport ever.

All I know is Joe Soto is living the dream right now. Make the most of the opportunities you are given.

I'm on a good run, might as well drop down to 135lbs hahahaha! @TJDillashaw are u ready!

Thank you everyone for all the love and support!