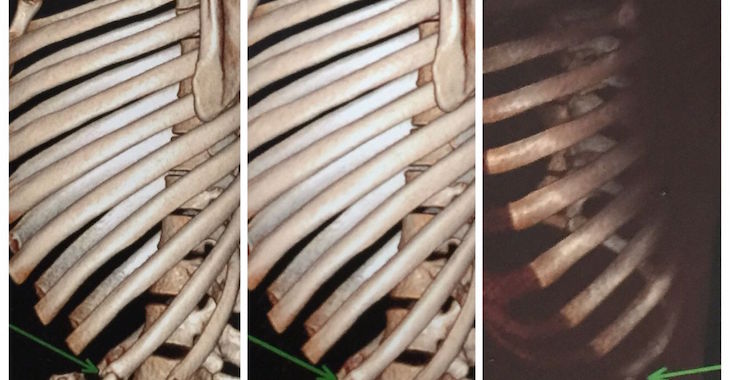 Jose Aldo has released a statement regarding UFC 189 and his injury. Along with his statement, Aldo provided actual pictures of his injured ribs, via scans.

Aldo pulled out of UFC 189 yesterday and the UFC will go forward with Conor McGregor vs. Chad Mendes for the interim featherweight title.

Check out the photos below and see what you think: As you can see, the green arrows are pointing to the injured rib. Do you think Aldo released these to prove to naysayers that he didn’t pull out because he was afraid.