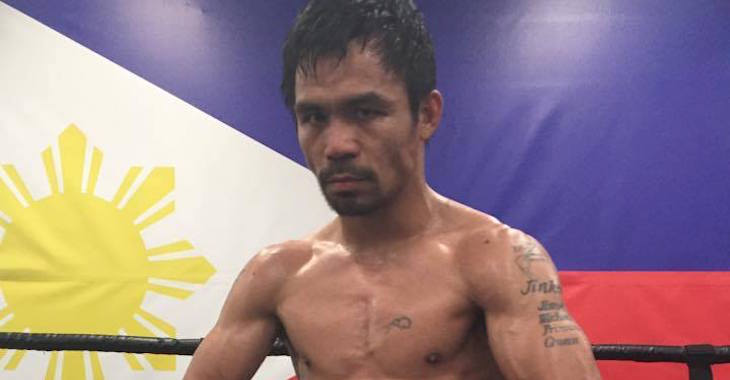 Longtime promoter of Manny Pacquiao, Bob Arum, said that his fighter is more than willing to accept a fight with Amir Khan, who’s been vocal about this desire to fight the Filipino.

According to Latin Post, Arum said that he can make that fight happen and he knows that Pacquiao will fight Khan, now it’s just a matter of Khan accepting to fight Pacquiao.

“This kid Amir Khan keeps shooting his mouth off about Manny Pacquiao. I can arrange for Khan to fight Pacquiao. Amir Khan has been begging Mayweather for a fight and now he can get a major fight. I’m not a hard guy to deal with. I’m not going to mess them around. One thing’s for sure, Pacquiao is not ducking Khan. Pacquiao will fight him. I don’t know if Khan will fight Pacquiao, but it’s available.”

Of course, Pacquio has also said that he now wants a rematch with Floyd Mayweather following the whole IV debacle. However, Floyd will fight Andre Berto Saturday night and says it will be his final fight.

So, who would you rather see Pacquiao fight?