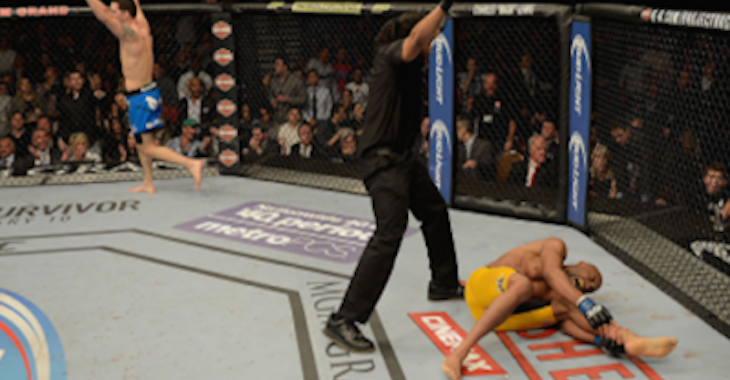 This is like something you might see in some action movie. The villain, with a titanium leg.

According to this story from Fight State, a Muay Thai fighter has been suspended by the World Muay Thai Council for having an undisclosed titanium implant in his leg.

According to the report, Bandasak Chaiyasan knocked out his opponent, Noppadon Chalor, while having a titanium rod in his leg. The implant was allegedly put there because of an injury that occurred during training. Here’s an excerpt from the report.

‘An unnamed contact at Bandasak Chaiyasan’s training camp told Fightstate that the fighter snapped his leg when his sparring partner checked a kick during training, and the titanium implant was part of his recovery. However, our research shows that keeping the implant in place after the leg is healed was in violation of the Int’l Muay Thai Federation’s Rules and Guidelines.

‘Also, there is doubt as to whether or not he was even injured in the first place, since an injury like this typically takes upwards of a year to fully heal and Chaiyasan has fought as recently as two months ago.’