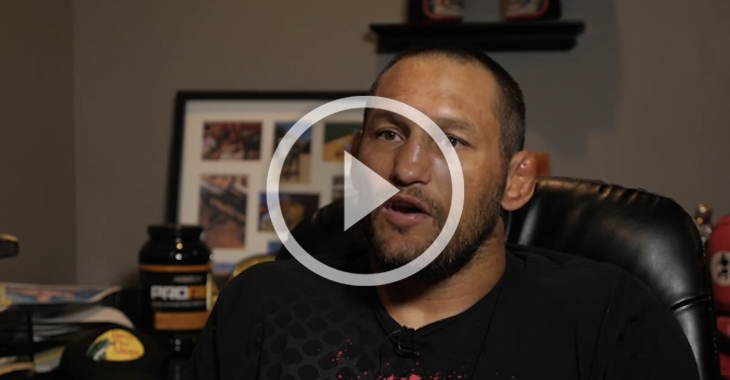 “Obviously I’m pulling for Luke to get out there and beat him up. But, you know, Machida is a tough guy to get ahold of; he’s a tough guy to punch because he runs around so much. He moves, he’s quick. Luke is long, which should help him out a lot. I think if he can cut him off and get in his face – I think Luke can touch him because he’s so long. Luke is fairly quick himself, as well. If Luke can get ahold of him, that’s the best scenario. But I think even out in the open Luke will be able to touch him quite a bit as well and hopefully create a situation where Machida feels the need to come after him and fight. I think that’s where Luke will win that fight. Machida is hard to finish, obviously. And he’s hard to get ahold of. I think Luke will probably win by decision or even finish him. Luke has got some pretty good chokes.”

Luke Rockhold and Lyoto Machida are set for action in the main event of tonight’s UFC on FOX card in a potential title eliminator. Dan Henderson spoke with Rick J. Lee and weighed in on tonight’s action and picks Rockhold to win it all!