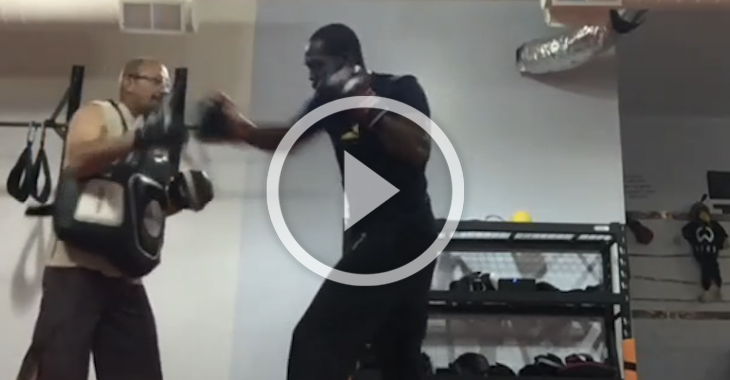 Jon “Bones” Jones is the reigning and defending UFC Light Heavyweight Champion of the world. He has dominated all but one of his challengers to his throne and now, he has the biggest test waiting for him: Anthony “Rumble” Johnson.

Jones prepares for his fight with Johnson by working the pads with his coach Mike Winkeljohn. Jones looks pretty deadly right here; Do you think he has what it takes to weather the storm and push through Johnson’s punches?

Thanks for the work tonight @coachwink