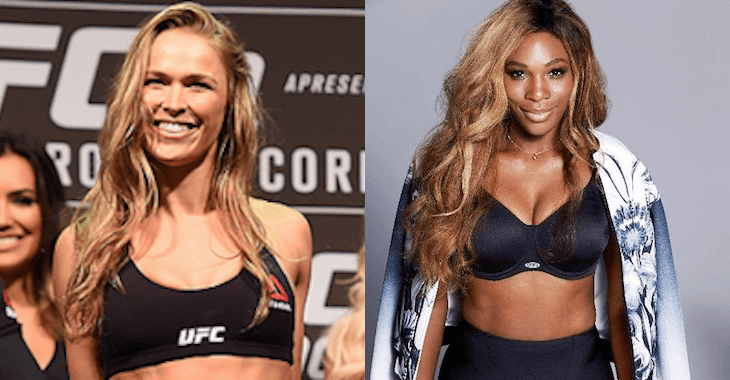 UFC bantamweight champion Ronda Rousey appeared on ESPN’s SportsCenter on Wednesday and co-hosted for the evening. Rousey talked about all kinds of sports, obviously, and at one point mentioned how tennis player Serena Williams was one of her favorite people.

In an interview with Yibada, Rousey revealed that the two of them have actually spent time together, hanging out and ‘handling sushi.’

“Serena (Williams) hit me up and I almost died. We’ve hung out a little bit and she’s so cool. She’s so awesome.”

“At first I was like, ‘Oh, my God, I’m so nervous.’ And then after a few minutes I was like, ‘This girl is so awesome!’ We handled some sushi. It was nice to be out with another cool woman who can handle some food.”