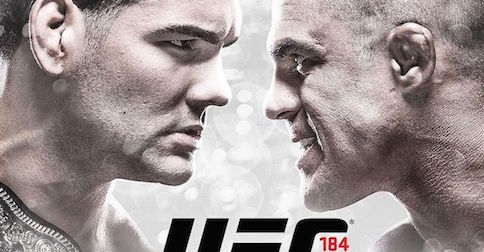 UFC 184 takes place from the Staples Center in Los Angeles, on Feb. 28.

In the co-main event Ronda Rousey defends her title against the undefeated Cat Zingano.