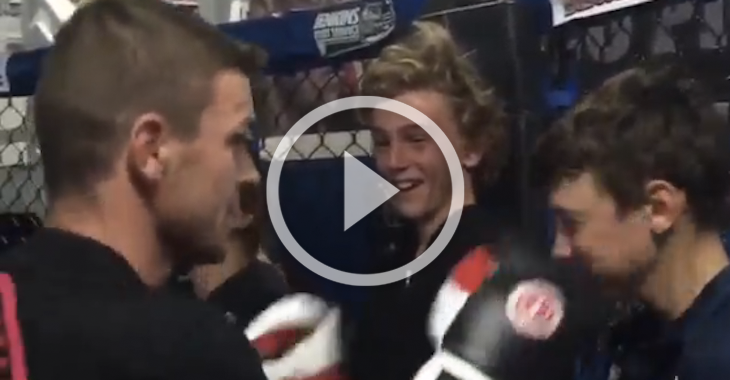 Kickboxer John Wayne Parr decided to line his students up in his striking class and mock the video yesterday that had people scratching their heads. A Brazilian coach tried to train his student’s chins by repeatedly blasting them in the head with haymakers… it was an uncomfortable video to say the least. Parr saw the video and decided to make a parody of it— check it out below!