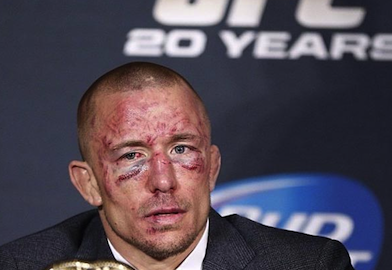 In last week’s BJPENN.COM Poll we were still hung up on the GSP vs. Johny Hendricks aftermath.

Today we still have no clear indication of what UFC welterweight champion, Georges St-Pierre plans for his future are, but we now know what MMA fans think he should do.

32% of you who voted believe he will retire and has nothing more to prove, but that option wasn’t the majority vote, it was second. 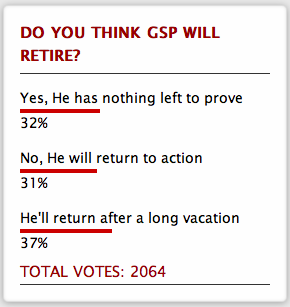