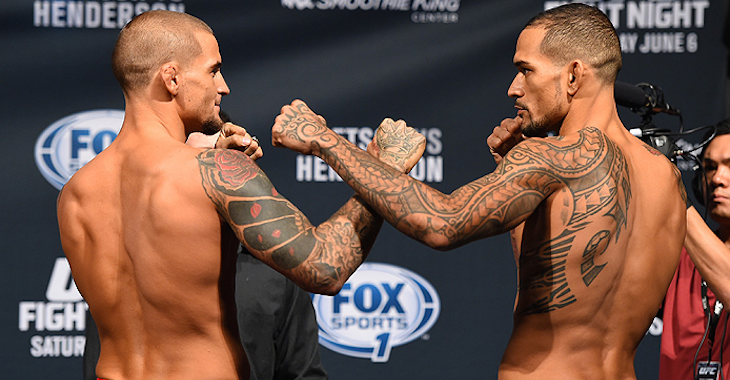 Dustin Poirier put on one of the best performances of his career on Saturday night when he knocked Yancy Medeiros out at UFC Fight Night 68. Medeiros took a body kick early on that stunned him which allowed Poirier to finish him up with strikes.

Medeiros weighed in on Friday evening more than three pounds overweight (3.5 pounds), but Poirier was aware of that before it even happened.

“He came up to my room a couple hours before weigh-ins, him and his camp, and knocked on the door and were like, ‘We’re not going to make it. The last thing I want to do is disrespect you. Thanks for taking the fight,’” Poirier said during the post fight press conference. “I respect that. He came up personally and talked to me like a man. So it wasn’t a surprise when we stepped on the scale. I knew he was going to miss; I thought he was going to be heavier, actually.”

Fighters who suffer a size disadvantage can have issues taking control of the fight, but that was not the case when Poirier made quick work of Medeiros.

Who do you want to see Dustin Poirier face next?