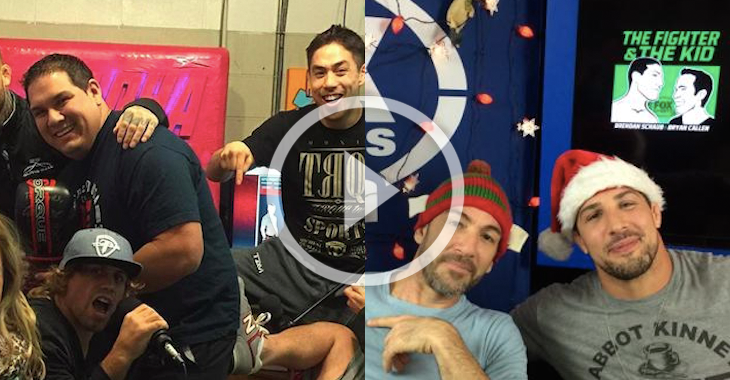 The hosts of Stud Show Radio returned on Tuesday night with UFC bantamweight champion T.J. Dillashaw and blew the roof off the place with another great episode of “MMA’s #1 podcast.”

However, the hosts had to address some troubling controversy at the start of the show. They brought in Dillashaw and had him close his eyes while he listened to the intro of another popular MMA podcast, that sounded eerily similar to Stud Show’s. That other podcast being The Fighter And The Kid, who have been in a “feud” with Stud Show for quite some time now.

Even after several call-outs, co-host of TFATK, Brendan Schaub, has refused to accept Stud Show co-host, Chris Carlino aka Sir Studboy’s challenge to a grappling match. Take a listen to Stud Show’s opening and then listen to the clip they play from TFATK. What do you think? Coincidence or not?