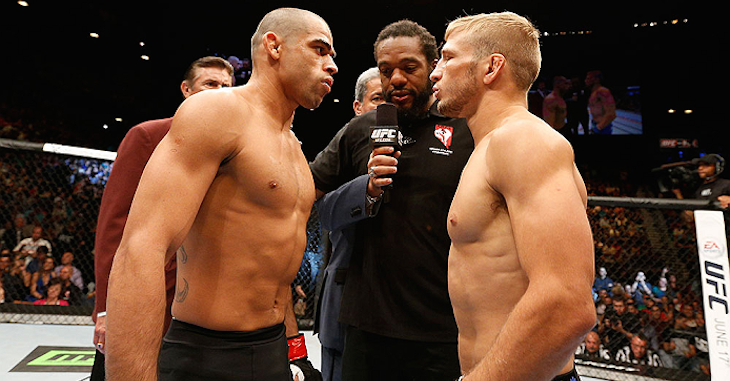 UFC on FOX 16 goes down Saturday night in Chicago. In the main event we’ll finally get to see the match between former UFC bantamweight champion Renan Barao and the current champ (and man that took it from him) T.J. Dillashaw. It’s been longer than a year in the making but it’s finally upon us.

On last night’s episode of Stud Show Radio (formerly Team Alpha Male Radio) the show’s resident betting expert, 6Figs, stopped by to break down the card and give his picks for all those looking for some betting advice. Remember to bet responsibly people.

Here’s a rundown of his picks, starting with the first fight of the night: