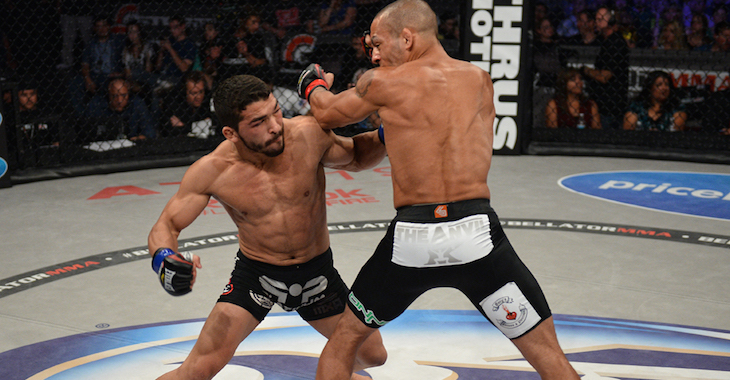 Bellator Featherweight Champion Patricio ‘Pitbull’ Freire will be defending his championship at Bellator 138, however he will only be co-headlining along with Daniel Weichel. Kimbo Slice and Ken Shamrock’s rivalry will be getting the top-bill on the card as executives believe it will be drawing more eyes to the product.

Freire’s last outing in the cage was against Daniel Strauss at Bellator 132 where he headlined the card. Freire is currently riding a six fight win streak with his biggest coming by way of unanimous decision when he defeated Pat Curran.

The champion does, however, see a benefit of having Slice and Shamrock main-event the card. “The positive side is the position this organization is in right now, they’re trying to create a new image for the brand and make is visible for the casual fans,” Freire said. “Shamrock and ‘Kimbo’ bring that. I realize that side of the promotion, and I understand it.”