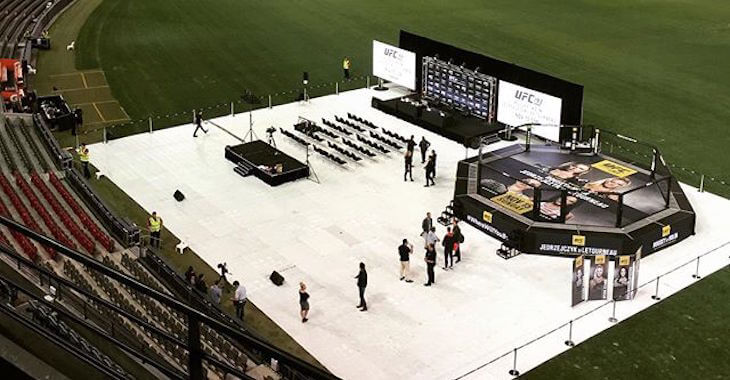 UFC 193 will take place on Nov. 14 in Melbourne, Australia at Etihad Stadium. The UFC booked a massive stadium and are hoping with champion Ronda Rousey as the headline they will be able to break the all time attendance record.

We’ll have to wait to see if they can pull that off, but one thing’s for sure, people in the nosebleed sections are going to have to keep their eyes on that giant screen because there’s no way they’re going to be able to see what’s happening in the octagon.

The UFC ventured to the location to hold a press conference and do media for the event and while there had an octagon sitting inside the stadium. Let’s just say, it looks a little out of place.

The Octagon looks tiny inside the giant venue. What do you think, should the UFC have booked a smaller venue?