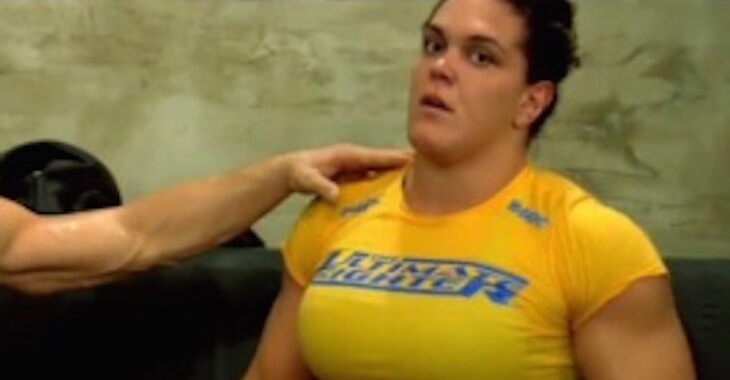 Probably known by a lot of MMA fans as the Jiu-Jitsu coach on TUF Brazil, with Wanderlei Silva, Gabi Garcia is now slimmed down and shredded. But, she still towers over heavyweight legend Fedor Emelianenko in this latest picture.

Garcia is extremely tall, but it’s still pretty incredible to see someone who fights at heavyweight looking a lot smaller standing next to her.

Gabi has shed a lot of weight since appearing on TUF, so much so that’s it’s hard to even recognize her. She also has some action figure-like abs. Let’s all take a minute and imagine Fedor ripped with those kind of abs! Do you think he should drop to light heavyweight?