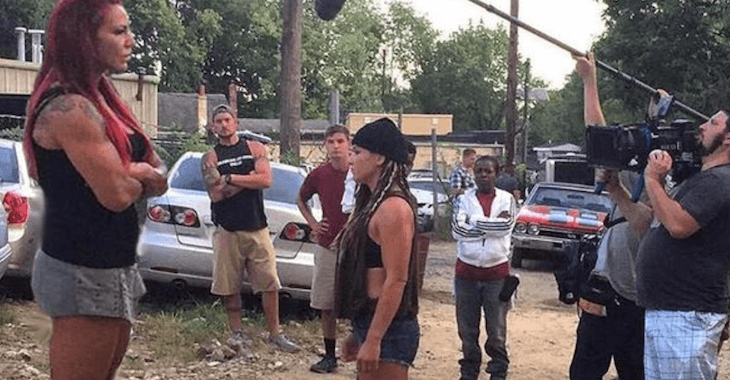 A picture surfaced the other day showing a scene from the new movie ‘Fight Valley’ where UFC bantamweight Miesha Tate and Invicta FC champ Cristiane Cyborg stared each other down.

In the picture it looks as though Cyborg is enormous compared to Tate. Sure, there might be some factors involved, like who’s standing where and if the ground is actually leveled, but either way, she looked huge compared to 135 lb. fighter Tate and many realized that a cut for Cyborg might actually be out of the question.

Now we have an even crazier picture!

Yes, it’s photoshopped, we know. But it’s still hilarious to look at. So here’s your funny pic of the day.

Do you think Cyborg can actually make 135 if she wanted to?

Check out the pic!