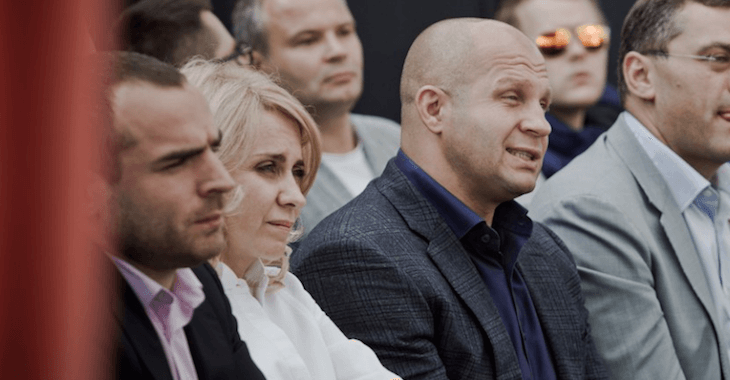 Fedor Emelianenko is known for his calm demeanor and emotionless face, even when entering the cage and during his fights.

So whenever we get to see some emotion from ‘The Last Emperor’ it’s pretty special. Fedor is still keeping us waiting, but did say he would be announcing something about his return in about three weeks. Will he sign with the UFC, won’t he? I guess we’ll just have to wait.

In the meantime check out this photo, posted by UGer Touch, of Fedor enjoying some fights in Russia. He’s sitting cage side and whatever is happening in the fight is causing him to cringe. Do you think Fedor will sign with the UFC? If not, than where else would he go?