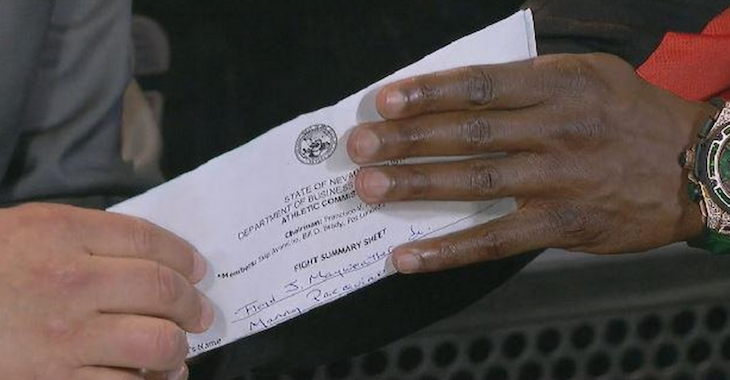 Well they don’t call him ‘Money’ for nothing. This picture has been making its way around the internet. The photo shows Mayweather receiving his pay for the fight in the form of a nine-figure check!

Another day, another dollar for Money Mayweather. Behind that piece of paper? A nine-figure check. pic.twitter.com/L0oCnZNL0m