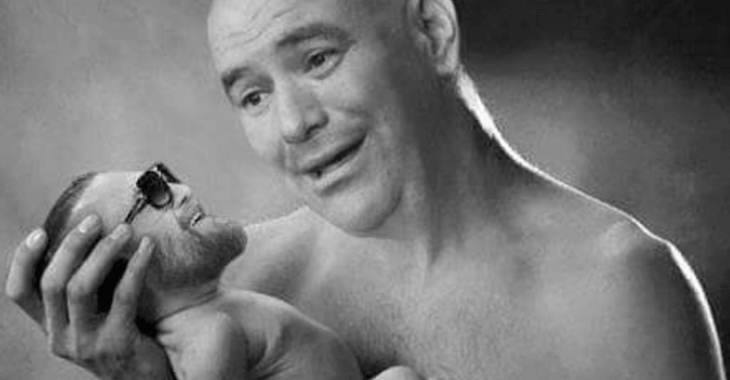 Especially when it’s used to make photos as funny as this one. In today’s Photoshop of the day, we have a very sweet and innocent black and white photo of a dad and his small baby.

Except, thanks to the magic of PS, we now have a slightly more weird and disturbing image of a shirtless UFC president, Dana White, and a freakish looking Conor McGregor baby. Obviously the joke here is that McGregor is very close to White and the Fertitta’s, even celebrating with them after UFC 189.

What do you guys think? Funny, stupid, who cares?

Check it out and sound off in the comments!

McGregor fights Dec. 12 in Las Vegas at UFC 194, where he’ll hopefully finally get to fight featherweight champion Jose Aldo. Fingers crossed for that one.