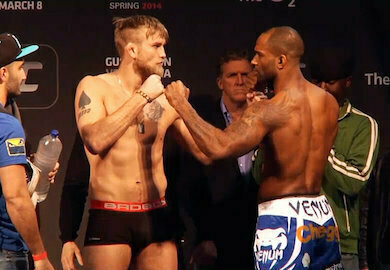 Today’s ‘UFC Fight Night 37: Gustafsson vs. Manuwa’ weigh-in ceremonies went off without a hitch, as all fighters made their contracted weight and are now cleared to compete on tomorrow night’s fight card.