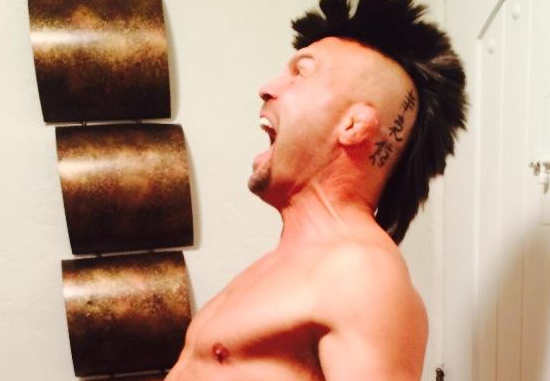 Randy Couture can be seen in these pictures dressed up as Chuck Liddell for Halloween, with a little help from Jay Glazer, and the Iceman himself.

perhaps the greatest costume by far,,,, yes @Randy_Couture is going as @ChuckLiddell w help from the Iceman pic.twitter.com/KFrBOVEtPe