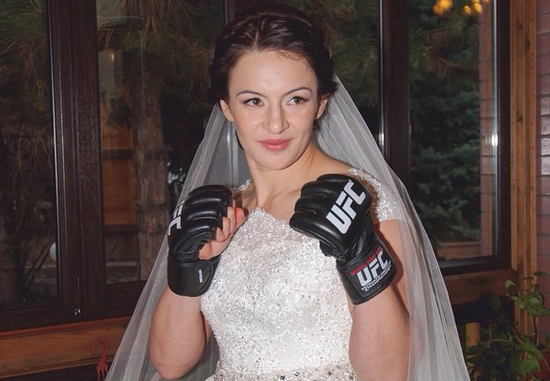 UFC women’s bantamweight Milana Dudieva got married this past weekend, and added a rarely seen addition to her wedding dress, UFC gloves.

From my wedding to @ufc #MilanaDudieva #UFC #LaBelle

Dudieva made her UFC debut in August at UFC Fight Night Macau, where she scored her first promotional win.