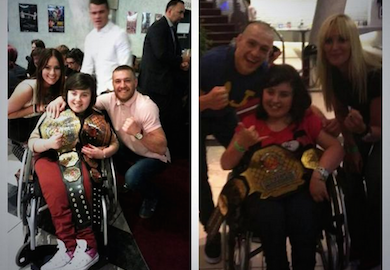 Before his UFC superstardom, Ireland’s Conor McGregor had one massive supporter in Nadine Harris.

Nadine, a longtime fight fan has been in the corner of her countrymen since the onset of his career.