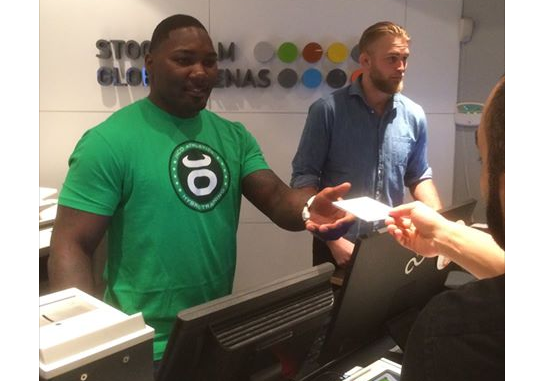 Recently, Anthony Johnson and Alexander Gustafsson traveled to Stockholm to promote their UFC on FOX 14 bout which will determine who will next face Jon Jones for the light heavyweight title should he defeat Daniel Cormier in December.

Alexander Gustafsson posted the following photo of the pair, during media-duties in Stockholm, on his official Facebook page, taking note of the size difference between the two men.

Johnson’s coach at Blackzilians MMA, Henri Hooft posted another photo of the men, which shows Johnson’s enormous size advantage from another angle.