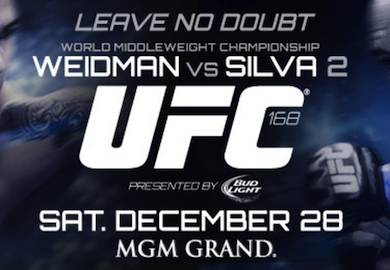 On December 28th at the MGM Grand Garden Arena in Las Vegas, Nevada, Anderson Silva will get a chance to avenge his only UFC loss and regain his middleweight championship belt in the process.

All he has to do is get past Chris Weidman.

UFC officials have released this first look at the event they are calling ‘UFC 168: Weidman vs. Silva, Leave No Doubt’