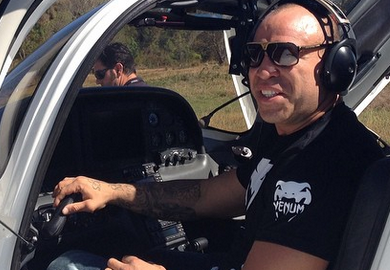 Watch out Chael Sonnen, Wanderlei Silva is taking flying lessons to get his pilots license.

Silva captured the moment on his official Instagram page, along with the caption:

Silva hasn’t fought since March of 2013 when he picked up a KO win over Brian Stann. Silva was signed to fight Chael Sonnen, but after both fighters failed random drug tests, and Sonnen retired, the bout was called off.