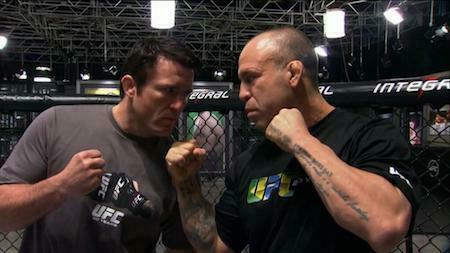 Fight fans have a lot to be excited about in 2014.

One of those items is this grudge match middleweight bout between TUF Brazil coaches and longtime rivals, Chael Sonnen and Wanderlei Silva.

The two coaches squared off for cameras recently while on the set of their reality series. (See Above)