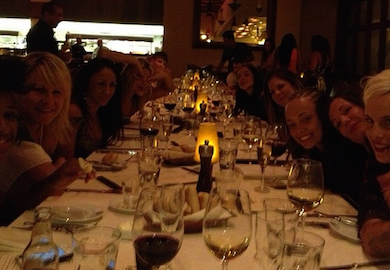 UFC President Dana White treated the all-female case of competitors to a post-season dinner in Las Vegas. There’s a few glum faces in the crowd, but pay close attention. Does anyone look like a winner?