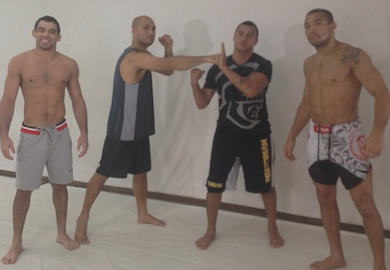 Earlier this week these four talented fighters posed for the camera’s inside the legendary Nova Unia gym in Rio de Janeiro, Brazil.

A murderers row? If it’s not, I don’t know what is.