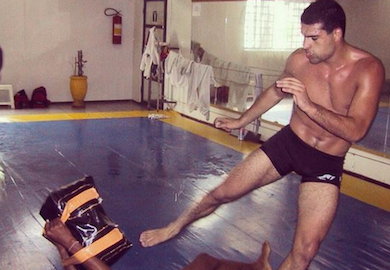 Former UFC champions Anderson Silva and Mauricio ‘Shogun’ Rua used to train together while chasing their dreams of glory and championship gold.

Fast forward 12-years and ‘Shogun’ brings up an old image and old emotions about their time in the sport.