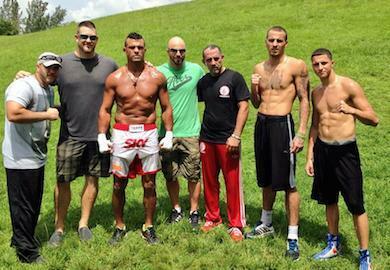 Fight fans have been clamoring for Vitor Belfort updates since the ban on Testosterone Replacement Therapy.

And while we see little of him, recent shots of Vitor show a slimmed down version of the 37 year-old beast we have grown accustomed to.

Many point to his increased attention to a five-round middleweight bout as a reason for the loss in mass, others blame lighting and angles as the cause.

Still, even the most loyal Belfort fan has to wonder if the ban on TRT is effecting the former UFC champion and his potential for success against Chris Weidman.