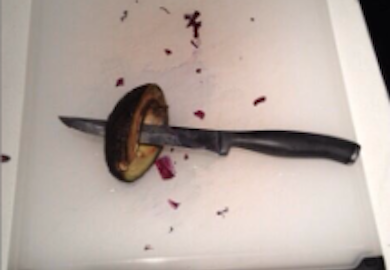 I love avocado’s just as much as the next guy, but I also know how to pit and peel them properly, something Rory MacDonald apparently hasn’t picked up yet during his 24-years on the planet.

At any rate, this gruesome injury was documented by the Canadian, who notified the media following his UFC 170 outing that he almost pulled out of his fight against Demian Maia.

Luckily he made it through.

Here’s the avocado and it’s damage:

Here it is lol glad everything turned out ok in the end pic.twitter.com/kwbsjJyXCH