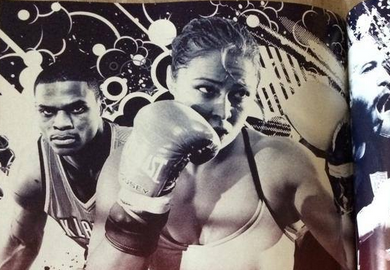 This time, Rousey has joined athletes such as Russell Westbrook and Floyd Mayweather in Maxim’s spread of ‘The Baddest Athletes On The Planet’.