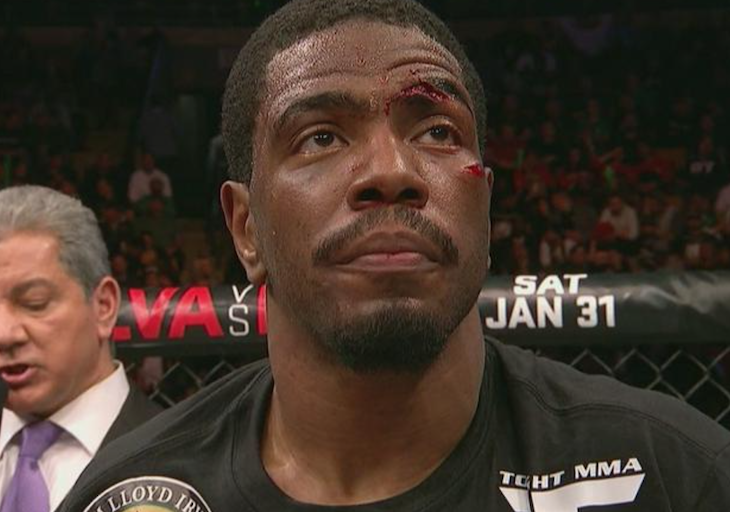 In his UFC debut, Ron Stallings suffered a gruesome cut against Uriah Hall that forced the bout to be stopped in the 1st. The cut came after Hall landed a clean counter-cross, and then landed a strong right hand to the face of a grounded Stallings.