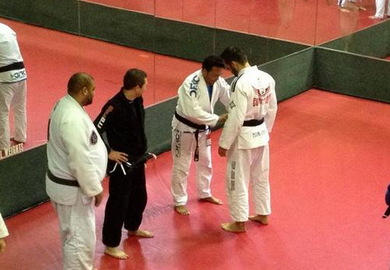 Got my black belt today from @JorgeGurgel. Thanks to all the guys who helped me train over the years! pic.twitter.com/7yWQGRZH2L

Franklin, who is the Vice President of ONE FC now, still has the itch to fight according to a recent interview, but is unsure if he will compete again.