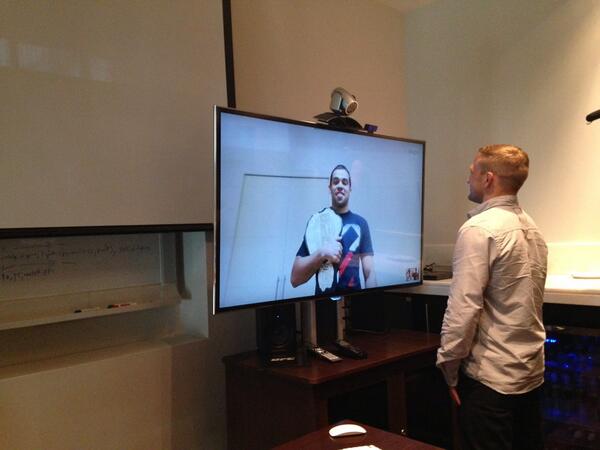 Renan Barao will look to make his next title defense against TJ Dillashaw at UFC 173 on May 24, in Las Vegas, Nevada. The UFC continues to promote the event and yesterday we got a look at the first staredown between champion and challenger. As staredowns go, this ones a bit strange and by strange I mean awkward and by awkward I mean really awkward. Mostly due to the fact that the fighters are staring at each other through a TV screen. Apparently Barao wasn’t able to make the promotional event, so instead the two fighters faced off in a virtual staring contest (pictured above). Uhm…ok. Good thing things didn’t get heated between the two of them.