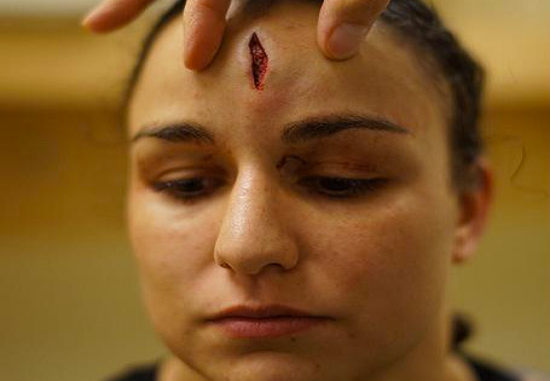 Prior to submitting Ashlee Evans-Smith at the last second of the 1st round at UFC 181, Raquel Pennington ate a nasty knee from Evans-Smith that opened up a cut on her forehead.

Nobody knew how bad the cut was until after the bout, when this image was posted on Twitter.

Raquel Pennington got an awesome submission win tonight, but it sure came at a price… pic.twitter.com/OydKYhobdm