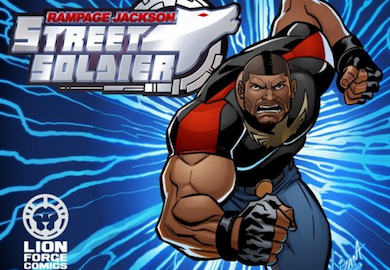 His comic series, ‘Street Soldier’ was announced this past July in San Diego at the world-famous traveling event, Comic Con.

We now have a sneak peek of the first issue right here on BJPENN.COM.