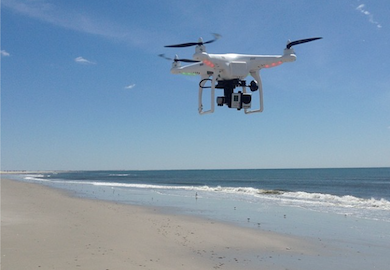 Unmanned drones are being used all over the world nowadays. You can even buy one for yourself on-line for a pretty reasonable price.

In a recent posting to his Instagram, UFC middleweight champion, Chris Weidman shows off his running partner on the shores of NY.

There is no clear indicator as to who deployed this new tech on the Weidman camp, but it’s a safe assumption that the UFC production crew is out filming his countdown show for the upcoming Machida fight.

“Run on the beach while being followed by a camera on a helicopter. Pretty cool!”