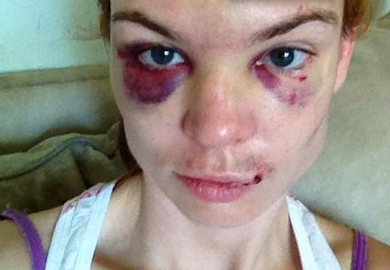 Over the weekend Invicta Fighting Championship returned to action, and hit UFC Fight Pass with a stellar card, full of MMA action.

TUF veteran Peggy Morgan happened to be on the wrong side of that action. OUCH!