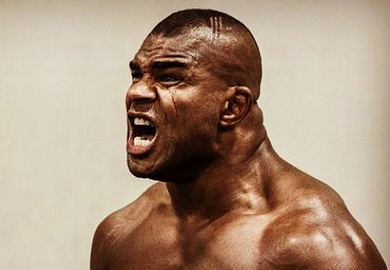 Alistair Overeem is gearing up for his fight against Ben Rothwell at UFC Fight Night 50 on September 8th. In preparation for the bout Overeem moved his camp to Jackson Winkeljohn in Albuquerque New Mexico. Over the course of his training camp so far we have seen several photos of Overeem looking much more lean than he has recently, causing us to beg the question ‘is Overeem planning a drop to 205?’. Last night The Reem posted a picture on Instagram of himself after a hard training session, where he weighed in at 250 pounds. Check it out.