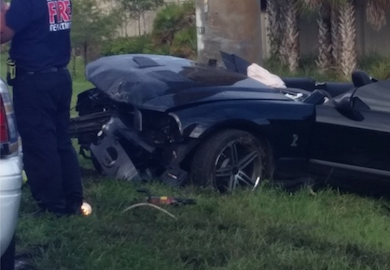 When it rains it pours.

Former UFC lightweight fighter, Melvin Guillard has seen his share of bad luck. From new camps, to lost fights and lost jobs, ‘The Young Assassin’ is just looking to catch a break.

Yesterday he was involved in a bad car accident that sent both himself and his wife to the hospital.

The caption reads, Me and my wife on our way to dinner and a movie now on the way to the hospital!!!!