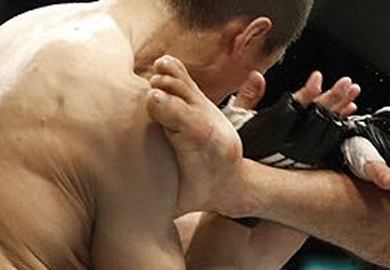 Many wondered why Jose Aldo abandoned his crushing kicking techniques last weekend at UFC 163 against the ‘Korean Zombie’.

Apparently the UFC featherweight champion broke his foot with the very first kick he landed in the fight and these photo’s prove it.

His coach commented to MMAFighting about the inure: