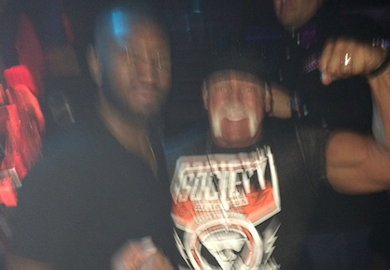 While on Holiday in Miami, UFC light-heavyweight champion, Jon ‘Bones’ Jones is making nice with the locals, most notable of which is Wrestling Superstar Hulk Hogan.

Imagine you’re the UFC champ and pound-for-pound best fighter in the world, hanging in Miami with ‘The Hulkster’. What would you do?