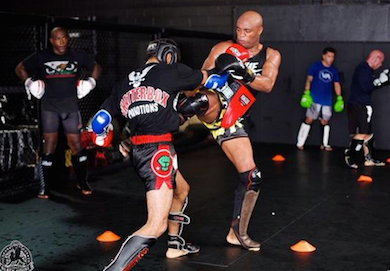 With his next fight set against Nick Diaz, the former UFC middleweight champ, Anderson Silva is back in full-training mode, as evidenced by this behind the scenes photo from his training home at Blackhouse MMA in Los Angeles.